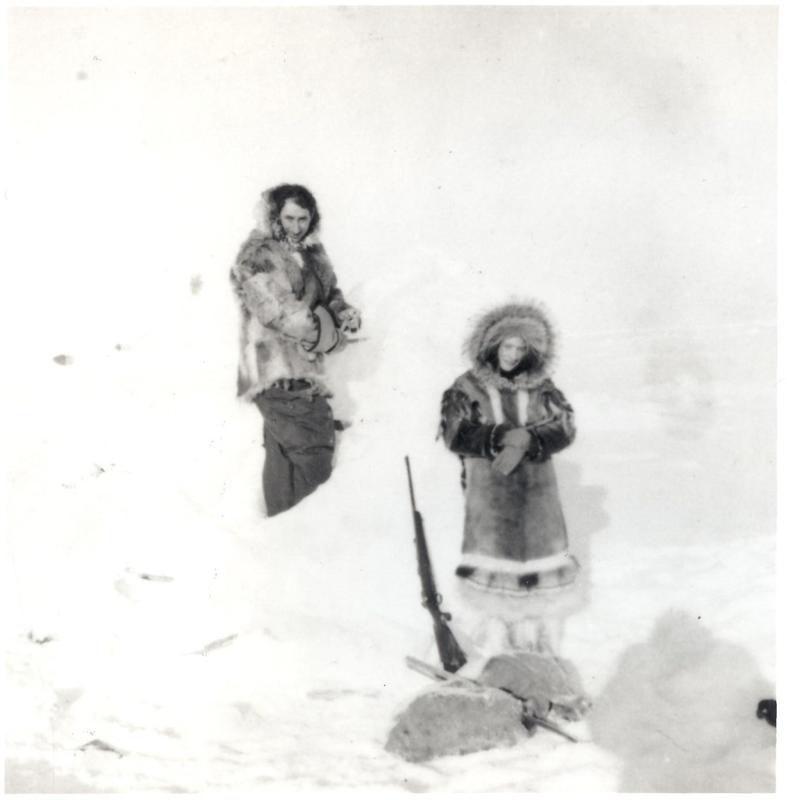 The image shows Fred Carpenter and Clara (Navaluq) Gully standing on some ice with a gun near by. (Photo by Peter Sydney)
This photo collection was used during the interviews of the Aulavik Oral History Project to get the names of people previously not identified. The complete collection was originally obtained from Mrs Susie Sydney (formerly Mrs Susie Wolki) by Peter J. Usher (Northern Science Research Group, Indian Affairs and Northern Development) in 1968 to be held at Library and Archives Canada (then called Public Archives of Canada).